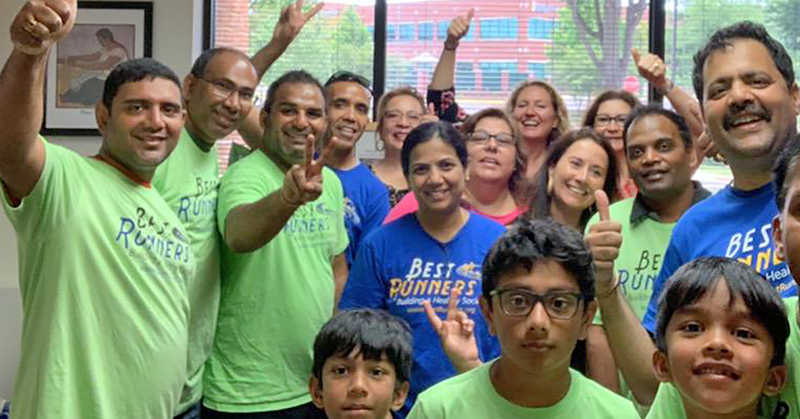 You may think we close up shop on the weekend, here’s a taste of the AWESOMENESS of last Saturday at our INMED Opportunity Center. Best Runners, a local running club, came and talked about health and nutrition, donated $1500 to our summer camp program and delivered 2 truckloads of food for over 50 families! And we are doing it again next Saturday for another 50! Can you feel the love?!

Leesburg, VA – June 10, 2019 – The Community Foundation for Loudoun and Northern Fauquier Counties celebrated its 20th anniversary with a spring garden party and awards ceremony on Sunday, June 2. Current and past Board members, fund holders, and community partners gathered at the home of Community Foundation Board member, Connie Moore, in celebration of the milestone.

Board Chair Tracey White emceed the event, highlighting the Community Foundation’s growth in the past twenty years. “As we reach our 20th anniversary, it’s only fitting that we’ve also surpassed several important organizational milestones recently,” White remarked. “We now have almost 70 funds and more than six million dollars in community-based assets. And, for the first time, we granted out more than one million dollars last year.”